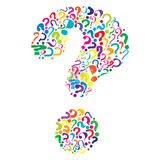 1. A type of "immortal" jellyfish is capable of cheating death indefinitely.

3. Butterflies can taste with their feet.

4. Cats and horses are highly susceptible to black widow venom, but dogs are relatively resistant. Sheep and rabbits are apparently immune.

6. Wild dolphins call each other by name.

7. Young goats pick up accents from each other.

8. Humpback whale songs spread like "cultural ripples from one population to another."

9. Tardigrades are extremely durable microscopic animals that exist all over Earth. They can survive any of the following: 300 degrees Fahrenheit (149 Celsius), -458 degrees F (-272 C), the vacuum of space, pressure six times stronger than the ocean floor and more than a decade without food.

10. Horses use facial expressions to communicate with each other.

11. Elephants have a specific alarm call that means "human."

13. Less time separates the existence of humans and the tyrannosaurus rex than the T-rex and the stegosaurus.

14. There's a place on Earth where seagulls prey on right whales.

15. Owls don't have eyeballs. They have eye tubes.

17. A Dogs' sense of smell is about 100,000 times stronger than humans', but they have only one-sixth the number of taste buds.

18. The extinct colossus penguin stood as tall as LeBron James.

19. Male gentoo and Adelie penguins "propose" to females by giving them a pebble.

21. Barn owls are normally monogamous, but about 25 percent of mated pairs "divorce."

22. A group of parrots is known as a pandemonium.

27. African buffalo herds display voting behaviour, in which individuals register their travel preference by standing up, looking in one direction and then lying back down. Only adult females can vote.

28. If a honeybee keeps waggle dancing in favour of an unpopular nesting site, other workers head butt her to help the colony reach a consensus.

29. Honeybees can flap their wings 200 times every second.

30. The claws of a mantis shrimp can accelerate as quickly as a .22-caliber bullet.

31. A single strand of spider silk is thinner than a human hair, but also five times stronger than steel of the same width. A rope just 2 inches thick could reportedly stop a Boeing 747.

32. A super colony of invasive Argentine ants, known as the "California large," covers 560 miles of the U.S. West Coast. It's currently engaged in a turf war with a nearby super colony in Mexico.

33. The recently discovered bone-house wasp stuffs the walls of its nest with dead ants.

34. By eating pest insects, bats save the U.S. agriculture industry an estimated $3 billion per year.

35. Fourteen new species of dancing frogs were discovered in 2014, raising the global number of known dancing-frog species to 24.

36. A sea lion is the first nonhuman mammal with a proven ability to keep a beat.

Select Afterpay as your payment method

Use your existing debit or credit card

Complete your checkout in seconds

All your need is:

1) An Australian Visa or Mastercard debit/credit card; 2) To be over 18 years of age; 3) To live in Australia